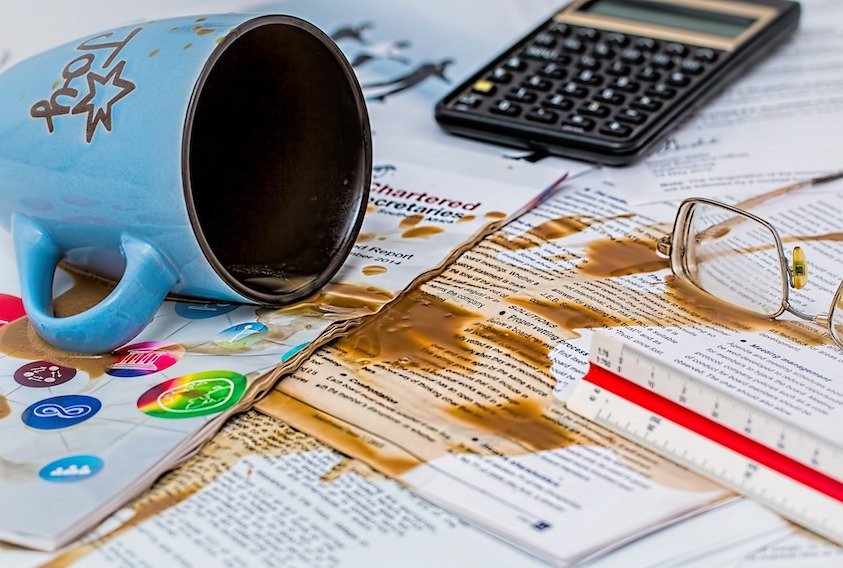 Posted on June 19, 2015 in Swap Rate Rigging by McCabe Hurley
Share this page:

Who uses ISDAfix Benchmark Swap Rates, and how do they use them?

How did the submitting banks manipulate ISDAfix Swap Rates?

What we have learned from court documents:

It didn’t seem to matter whether the bank was long or short, payers or receivers – they rigged rates for extra profitability regardless.

Why did the administrator (ICAP) help the banks rig rates?

As the administrator, ICAP was supposed to follow this procedure:

ICAP was also an inter-dealer broker, making a commission on every transaction with the banks. ICAP reaped a commission for every trade, particularly on those days when submitting banks would execute rapid-fire transaction just prior to fixing.

Beyond the 1 million emails, phone calls, and other internal communications, the most obvious proof of collusion is found by viewing the range of swap rates submitted to ICAP.

Changes Made to ISDAfix Benchmark, 2014

The following changes have been announced:

The term, “stronger checks,” seems a bit ambiguous, and this blogger hopes the language is strengthened to afford market participants greater confidence as to the course and criteria for these all-important benchmark rates.

The client is long a 1-year PAYER into a 10-year swap, the strike rate is 2%. On the expiration date, the ISDAfix 10-yr Benchmark swap rate is 2.50%. The buyer receives 50 bps per year, discounted back to Present Value.

The client should have made 1bps more than they did.

Assuming the average maturity of all swaptions outstanding ($29 trillion) were 10-year swaps, all long contracts would be leaving $26.17 billion on the table due to the ISDAfix Benchmark rate manipulation. 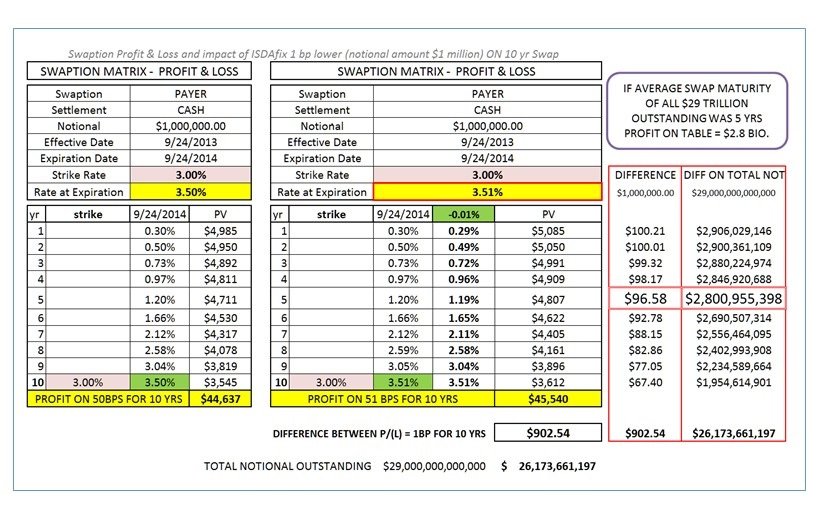 The real impact of incorrect ISDAfix Swap Reset Rates was much larger than the above diagram shows. Note that this diagram only shows the impact of 1bp difference on swaptions alone. Many other products use the ISDAfix Benchmark Swap Rates.