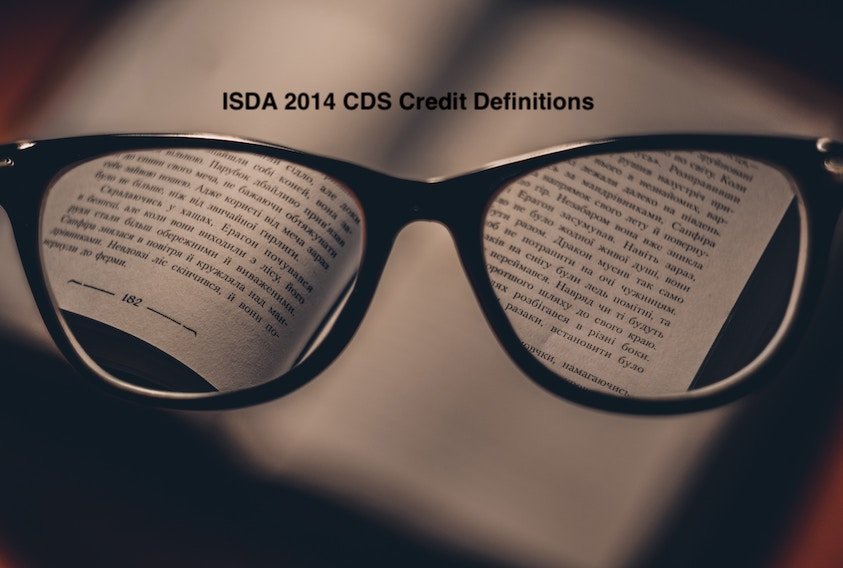 On September 22, 2014, ISDA’s 2014 CDS Credit Definitions will become effective. This will be the first set of changes to the Credit Definitions since 2003, so it’s a pretty big deal. The key changes relate to Restructuring & Successor events.  Four key terms: Bank & Sovereign Subordinated or & Contingent Convertible (CoCo) debt.

The goal is to bring the CDS contract closer to the bond in terms of response to market events (restructuring or successorship) and perception of risk between the two classes of bonds and CDS (senior and subordinated).

The ISDA 2014 Credit Definitions include a change regarding deliverability in a restructuring. Protection buyers will be able to deliver whatever asset package they end up owning. Current Restructuring Credit Event language means the protection buyer can only deliver existing bonds to the extent they remain outstanding.

For example, remember Northern Rock where management tendered 100% of their LT2 debt in 2011? Or SNS Reaal where the Dutch Government stepped in and effectively wiped out the junior bondholders by nationalizing that debt?

ISDA ruled both actions Restructuring Credit Events. But there were no more Northern Rock LT2 bonds or SNS Reaal Sub debt outstanding. So Subordinated CDS holders had to deliver SENIOR debt and recovered the same amount of money as senior CDS buyers received.

Under the new definitions following tender or nationalization, sub CDS holders will be able to deliver the proceeds from the LT2 tender or their claim on the government respectively into the CDS contract and receive payout equal to the full amount nominal value of the debt.

In the case of successor event under the 2014 CDS Credit Definitions, senior CDS contracts go to the entity that references the senior debt. The subordinated debt will go to the entity that references subordinated debt. Under 2003 definitions if more than 75% of an entities debt ended up in a different entity, all CDS contracts were linked to that entity, regardless of seniority. A case of “majority rules” gone awry.

Consider the case of the Banco Espirito and Bankia bailouts (2013). ISDA ruled that succession event had taken place. This meant Sub debt ended up in the bad bank (BES & BFA) while the Sub CDS ended up attached to the Good Bank (Novo Banko & Bankia), because more than 75% of their outstanding debt was transferred to the Good Bank.

The Result: Investors who purchased CDS to protect their subordinated bond positions lost on both legs of the trade.  Sub CDS spreads narrowed as they were transferred to the Good Bank while the sub debt dropped 10 points.

Another important change is the removal of cross default trigger between senior and subordinated debt. Subordinated events won’t trigger Senior CDS, only Sub CDS. Referring again to Bankia, Senior CDS wouldn’t have triggered as there was no impairment of the senior debt.

The New definitions have a CoCo Supplement (Contingent Convertible) allowing Tier Two Bank Debt to be deliverable. Tier One debt will not be deliverable.

This change has become more important in recent years in light of the increase in Tier Two CoCo’s issuance, which stood at $34 billion as of June 2014 and over $100 billion issued since 2009.

Swiss Banks, the largest issuers of Tier Two Coco’s due to their capitalization rules will likely benefit the most from this change. More specifically, market participants in the Coco market will now have a better CDS contract.

In the Sovereign space, in addition to the restructuring change where holders of CDS can deliver whatever assets they end up owning, the successor event changes will apply to Sovereign CDS as well. Except the threshold is 25%. If more than 75% of the debt moves to an entity then all debt class move to that entity.

There are a number of provisions related to currency redenomination and subsequent deliverability. No doubt the scepter of Greece and the risk to the Euro not far from their collective memories.

The new contracts will trade side by side with existing contracts. Mostly because neither party to those contracts wants to change terms and conditions now. But over time, the market will gravitate toward one set of definitions and one language as the old contracts mature.

It will be interesting to see the impact on Bank CDS premiums and their relationship to bank debt.

But only time will tell…
Because Change…Is Constant.