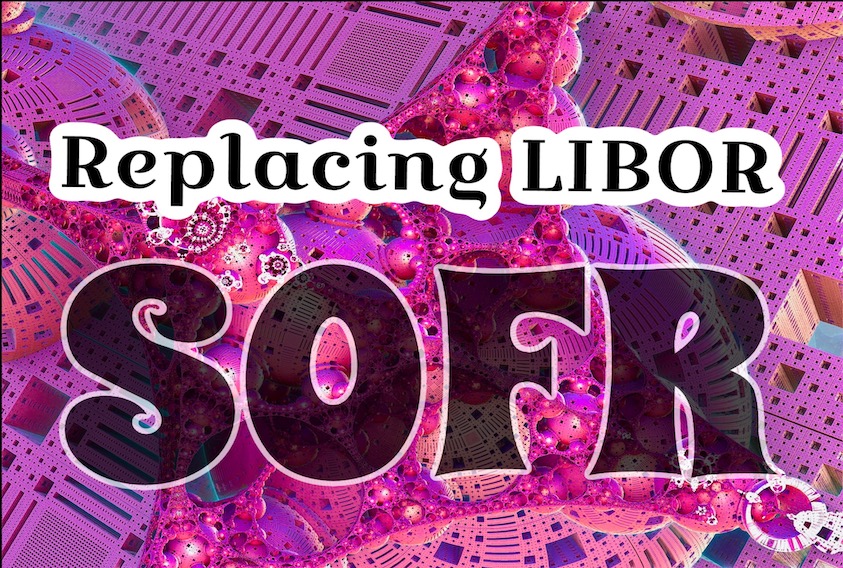 We’ve used the London Inter-Bank Offered Rate (LIBOR) as a benchmark rate for the past 40 years.  Now, we’re replacing LIBOR and currently, the Secured Overnight Financing Rate (SOFR) looks like its replacement.  This blog reviews the LIBOR & ISDAfix Scandals and previews SOFR’s viability.

To understand how the LIBOR Scandal let’s look at the difference between the LIBOR Deposit Rate and LIBOR Reset Rate.

Since 1981 we’ve used LIBOR to price Interest Rate Swaps. Since LIBOR is an inter-bank rate and banks have swap dealing units, it made sense to use LIBOR rates to price swaps. As the swap market grew, liquidity in LIBOR-based products grew. LIBOR rates became the de facto curve to price interest rate swaps.

The at-market swap rate is the rate at which all future cash flow discount to a Net Present Value of zero. That rate is adjusted for the difference between the bank and the clients’ credit rating.

An Interest Rate Swap has intermediate reset dates for the floating leg. Using LIBOR deposit rates could vary from bank to bank. In 1986, the British Banker’s Association (BBA) started to calculate the LIBOR reset rate. All swaps or assets resetting on that day received the same rate. Read more about LIBOR Reset Rate.

In 2007, LIBOR Rigging came to light. The Intercontinental Exchange (ICE) replaced the BBA in 2009.

The manipulation of ISDAFix rates was more costly to investors. Because ISDAFix covered long term swaps, which have a larger DV01. Swaptions had a $30 trillion notional amount outstanding – all settling versus ISDAFix rates.

Against the backdrop of the scandals discussed above, LIBOR’s reputation suffered.  LIBOR deposits are less liquid today than they were in 2008.

The breakdown of $200 trillion assets benchmarked to LIBOR:

On the road to phasing out LIBOR, we took a pitstop at the Fed Funds Rate.  The logic behind using Fed Funds was that there was already an existing liquid product trading in the marketplace, the Overnight Index Swap (OIS).

Here’s a box and arrow diagram of an OIS: 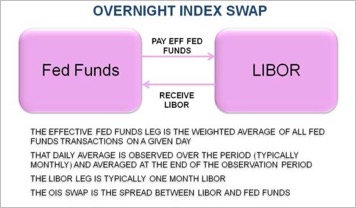 Although Fed Funds can only trade out to 270 days, the OIS market was liquid out to 30 years.  So, Fed Funds seemed to be a good alternative for Valuations.  Transactions would still be priced using the LIBOR curve.  But mark-to-markets would use the OIS Swap Curve.

The OIS curve was liquid, but:

Here’s a box and arrow of an actual bond purchase, showing both the fixed coupon on the note and a Repo agreement: 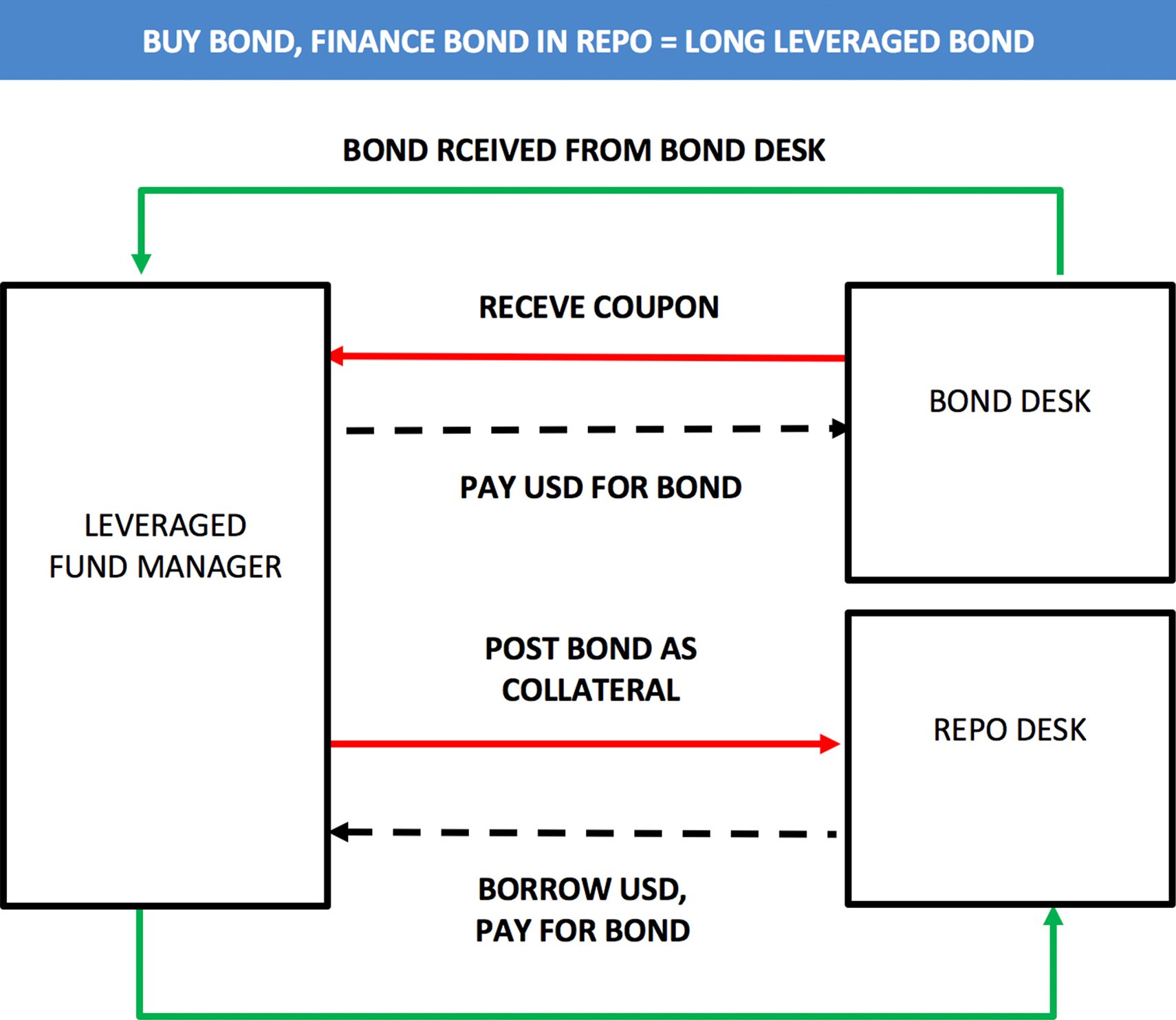 With an actual long position on a 5-year note, the fund would receive a fixed coupon for five years.  The bond purchase is financed in the repo market.  The repo, similar to a collateralized loan, charged an overnight interest rate.

It was this mismatch which created a large demand for OIS.  Recall, the OIS from above:

After the Great Credit Crisis, most swaps migrated over to Swaps clearinghouses, requiring initial margin and variation margin, much like futures contracts.

Swaps Margin could be posted using any number of eligible securities, including Tri-party repo & Bilateral repo.

They decided to use a volume-weighted average of all repo agreements traded on a given day.  The resulting rate was called the Secured Overnight Financing Rate (SOFR).  Let’s take a closer look:

The SOFR rate is the weighted average of three repo rates:

SOFR does not include:

As the administrator and producer of SOFR, the FRBNY began publishing SOFR on April 3, 2018. The rates are posted daily on the FRBNY website around 8:00 AM Eastern Time.

The three repo rates are then volume-weighted to calculate the SOFR. Greater details on the calculation of SOFR can be found here

There are transition issues to address by 2021. SOFR is very different from LIBOR. LIBOR is an unsecured Inter-Bank rate. The following details the differences between SOFR and LIBOR.

Timeline for the Transition Plan

Attached is a graphic timeline to phase out LIBOR (Source: FRBNY)